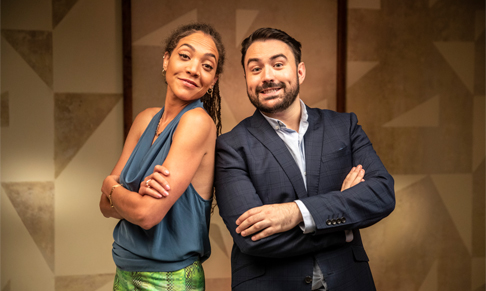 Launching on Friday 15 October on The Times and The Sunday Times YouTube Channel, the new weekly video series will be presented by Miquita Oliver and Grant Tucker.

The Sunday Times Culture Magazine is the definitive weekly guide to the world of arts, books and entertainment. It is an influential and indispensable reference to what is new and important in arts and entertainment today. World-class contributors include Camilla Long on television, Waldemar Januszczak on art, and Brian Appleyard on interviews and books.

Each week, The Sunday Times Culture Show will bring viewers everything they love from the magazine and more: interviews with the biggest names in film, television, theatre and music; a range of reviews and previews you can rely on whether you’re staying in or going out; and insightful features on the UK theatre, art and music scene.

In the first episode, David Baddiel discusses his latest obsession - the weird world of internet trolls - and talks about how his social media addiction inspired his nationwide tour. The show will also go behind the scenes at Frieze Festival, one of the world’s most influential contemporary art fairs, and Camilla Long provides a guide to what to watch and what to swerve.

The Times in 'Media Titles'

The Sunday Times in 'Media Titles'

The Sunday Times|Culture in 'Media Titles'