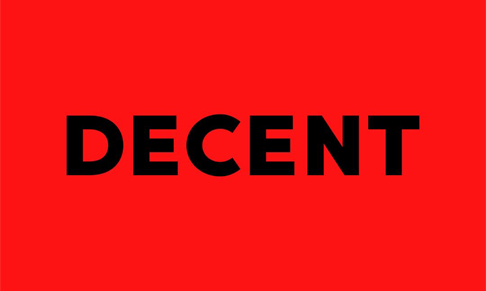 While feminism has made huge leaps in the past years and decades, the development of masculinity has been overlooked – at worst, it still comes with a prefix ‘toxic’, and dated phrases like “man up” are still common. DECENT aims to change this by providing a platform for exploring modern manhood and celebrating multiple, progressive ways of ‘being a man’ in 2020 and beyond. As a motley crew of female creators, DECENT turns the traditional “male gaze” around – but makes it a positive and constructive force.

Of the upcoming launch, DECENT founder and editor-in-chief, Maria Kivimaa said, “To drive genuine culture change for men, and all genders, we need dialogue and team play. We don’t have the answers, but as a bunch of strong, passionate and creative females, we believe we can bring fresh, future-facing and positive perspectives into the growing conversation around modern masculinity.”

At launch, DECENT is an independent print-only title with an online presence on Instagram. The inaugural issue will launch in early December and will be on sale in key magazine shops, some galleries as well as concept stores. Issue 02 is planned for March 2022.